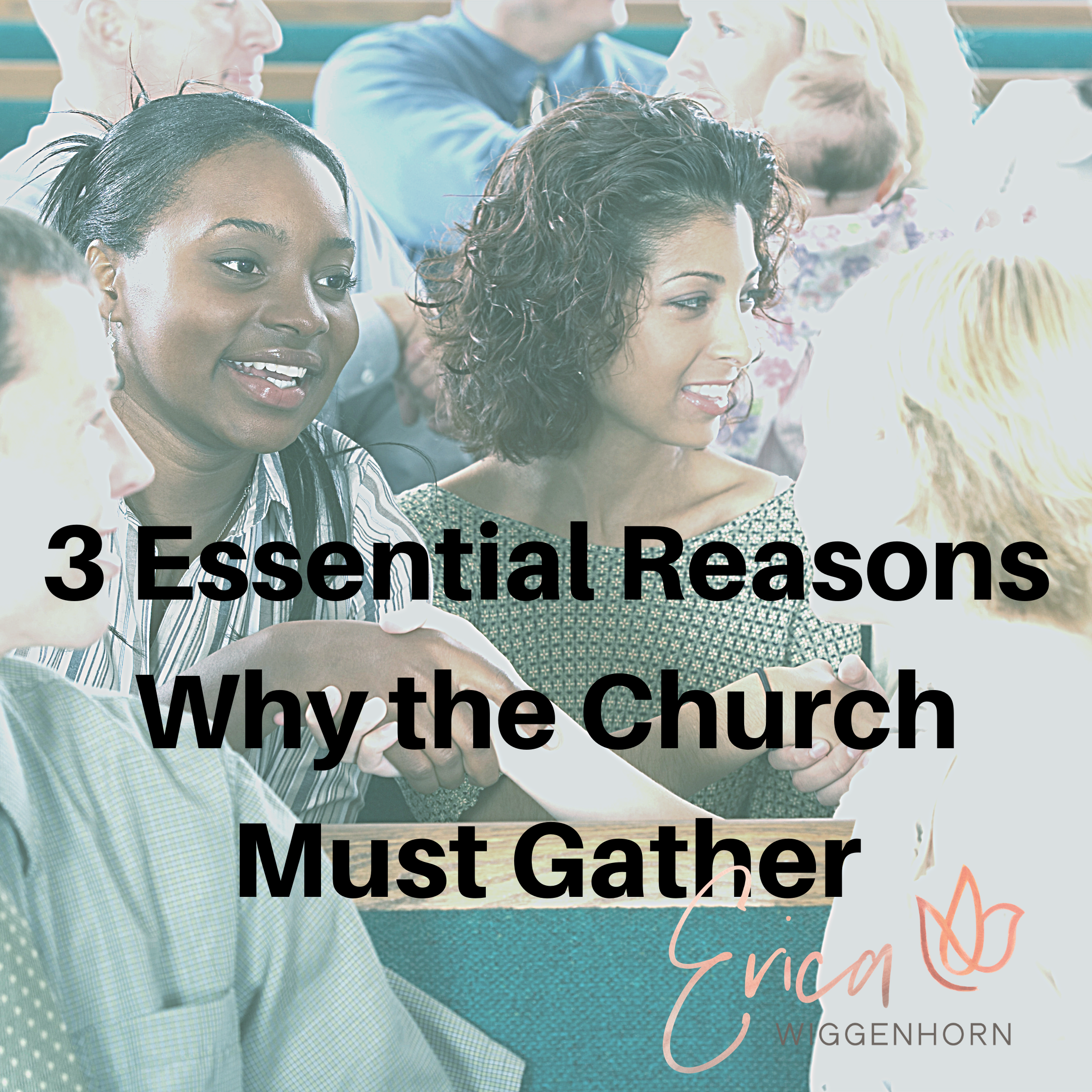 3 Essential Reasons Why The Church Must Gather 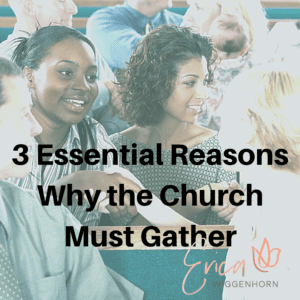 The political rhetoric and reasons behind which services/activities prove essential intrigues me. Somehow the communion of the saints no longer classifies as essential. Scripture and history outlines three essential reasons why believers must gather.

How can we transform our multi-million dollar campuses into mini church services spread throughout the thousands of square feet, to social distance and yet worship in community? If masking works in stores and restaurants, why doesn’t it work in sanctuaries?

Many unbelievers claim people of faith foolishly dismiss science- do they have to be entirely disparate? Can’t we creatively gather safely rather than refuse to assemble at all because the logistics prove too difficult? Can we apply science to our bodies without starving our souls?

While some pastors cite Paul’s instructions in Romans 13 as their reasoning for keeping the church doors locked, it appears through careful examination of Acts that during this time, the church continued to actively and creatively gather in worship.

After Jesus’ death and resurrection, the disciples began to preach the gospel post-Pentecost. The Jewish religious leaders fought relentlessly against them because the Jesus followers were labelled a sect of Judaism, giving them permission to assemble under Roman Law (Acts 24:14).

However, in AD 41, Emperor Claudius, issued an edict disallowing the Jews (and therefore Christians) from gathering in synagogues in Rome. Over the course of the next decade, he expelled Jews from within the city of Rome entirely. Most scholars believe Paul wrote his letter to the Romans around AD 57.

When Paul finally arrived in Rome in 60-61 AD we see the church leaders travel together to meet him and Paul assemble the Jewish leaders together to share his testimony (Acts 28:15-17).

The point? When Paul is issuing commands to obey the civil authorities in Romans 13, he doesn’t mean cease gathering- even thought it was illegal at the time to do so. If he did, it’s doubtful he would have initiated an assembly upon his arrival. Whether you live in a state that allows for assembly or one that strictly forbids it, Romans 13 should not be your proof text for closing your doors.

The writer of Hebrews implores, “And let us consider how to stir up one another in love and good words, not neglecting to meet together, as is the habit of some, but encouraging one another, and all the more as you see the Day drawing near,” (Hebrews 10:24-25 ESV).

Isolation cuts off our identification. It’s easy to lose our allegiance to Christ, or diminish it, as it slips under the lordship of a political ideology, a cultural credo, or practical principles. Look at the above command in context: “Let us hold fast the confession of our hope without wavering, for he who promised is faithful,” (Hebrews 10:23). Gathering reminds us of the supremacy of Christ, the certainty of the future which awaits us, and the faithfulness of the God who secured it for us.

Within the next 10-20 years Christian persecution began. Still the church gathered. In homes, in caves, underground. When the choice to gather or be beheaded by Caesar lay before the early church, why didn’t they cite Romans 13 then? Because they knew that to follow Jesus meant a commitment to gather with His people (Acts 2:42-43).

Our Apostle’s Creed states, “I believe in the Holy Spirit, the holy Catholic Church, the communion of saints, the forgiveness of sins, the resurrection of the body and life everlasting.” Over 250 years later, while Christianity still waits to become an approved religion under Roman Law, Christians communed.

3. The next generation is watching.

I often wonder what my teenage children will remember about this time. Will they see the church creatively leading or sitting back and waiting? Will they remember that when the world was being ripped apart, their pastors and church leaders brought them together?

I’d love to believe that COVID-19 is the greatest obstacle to the gospel and the discipleship of the saints that my children will face in their lifetime, but I sorely doubt it. Will they remember the courageous creativity of their church leaders finding ways to shepherd? Or recall visions of them sitting securely behind a computer screen preaching spiritual platitudes?

A Michigan jeweler who was forced to close his jewelry store got creative. He buried jewels all over the state of Michigan creating a real live treasure hunt. People bought tickets to receive clues as to where to dig. What you find, you get to keep. If one man can be this creative to save his family business, what can those who collectively house the Creator within them do to save our churches?

How creative are we willing to get?

How committed are we to those we have been entrusted to lead, shepherd and teach for such a time as this?

I hear the echo of Jesus’ words at the disciples unbelief, “With man it is impossible, but not with God. For all things are possible with God,” (Mark 10:27). If Jesus emphatically taught that salvation could be impossibly wrought, can’t discipleship be as well?

While the media continues to refer to this era as “unprecedented times” there is nothing new under the sun for the church. From its very inception the church faced opposition- from varying religions, governments, and civic leaders. Through it all, the church viewed gathering as essential. Today, science says we must stay home and stay safe. Can we believe God for a creative way to safely gather?

Now is our time in history, will we follow the impossibility presented by man or the endless possibilities waiting to be shown us by God?

Imagine if we invited the One Who created something from nothing to come and breathe new life and creativity into His church?