Anything, Everything, Something or Nothing

I have people in my life who think I can do everything. Sometimes that person is me. I take on too much because I want to make other people happy or make sure they’re not disappointed with me. Sometimes I take on t 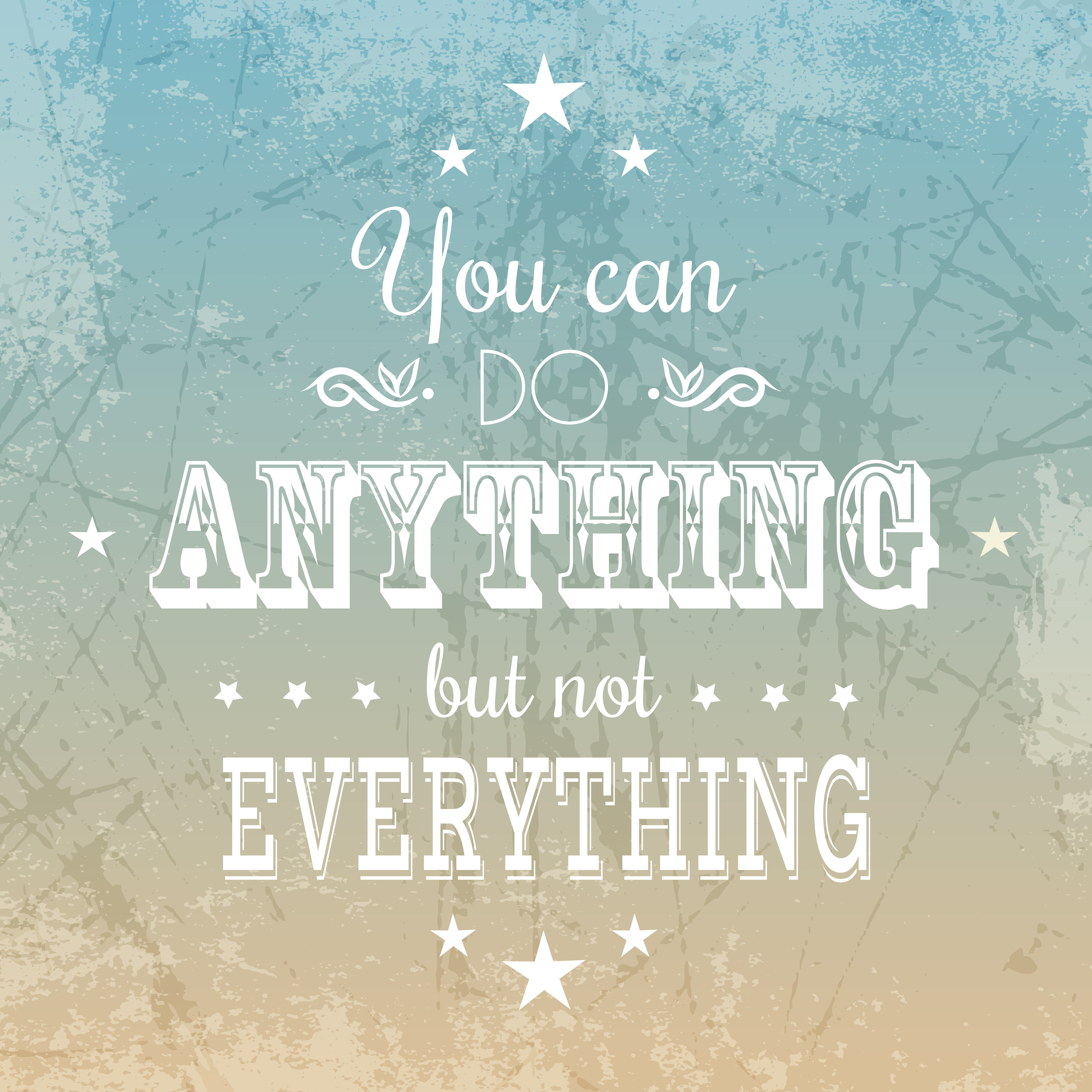 oo much simply because I don’t want to miss out on any fun! I run and spin and race and then fall into my bed exhausted!

I have friends on the other end of the spectrum too. They don’t feel like they can do anything, much less everything. They vigorously guard against making any sort of commitment and then wonder why their lives feel empty or lonely. They have boxed themselves into a corner and convinced themselves they belong there.

Sometimes the “anything” that I want to do just seems too big, you know, something out of this world, like a miraculous conception. But I’ve come to a realization- God usually starts with a “something”. He doesn’t generally have us do an “anything” right off the bat. He tees us up with “something” more manageable- something that doesn’t require an unlimited amount of faith, just a small seed of faith watered with simple obedience. However we usually miss out on the “something” as long as we continue to try to do “everything”- we’re already too busy and we just don’t have time for “something” else.

But, if we do stop trying to do “everything” and decide to really ask the LORD what the “something” He has planned for us could be, then an amazing thing begins to occur. After a few “somethings” are planted, then He takes us into wider pastures and begins to challenge us with some “anythings”. For me one of those challenges was prison ministry. I never thought in a million years I could stand in a prison yard and preach the Word of God! I remember the first time the gate closed behind me, I had to gulp when it slammed shut because I had such a huge lump in my throat. I was terrified! At that point, all I had to do was go inside the prison and sit through a worship service. A year later, I was the one leading the service. Never saw it coming. But with God, “anything” is possible.

Of course, we could choose to turn away from all the “somethings”. We could insist that God has to give us an “anything”. When He doesn’t, we end up doing “nothing”. Or we could keep trying to do “everything” and leave God no room to give us His “something” He has planned. The choice is ours. Anything, Everything, Something, or Nothing?
What will you choose?