The Unexplainable Church, How to Respond when the Door Won’t Open 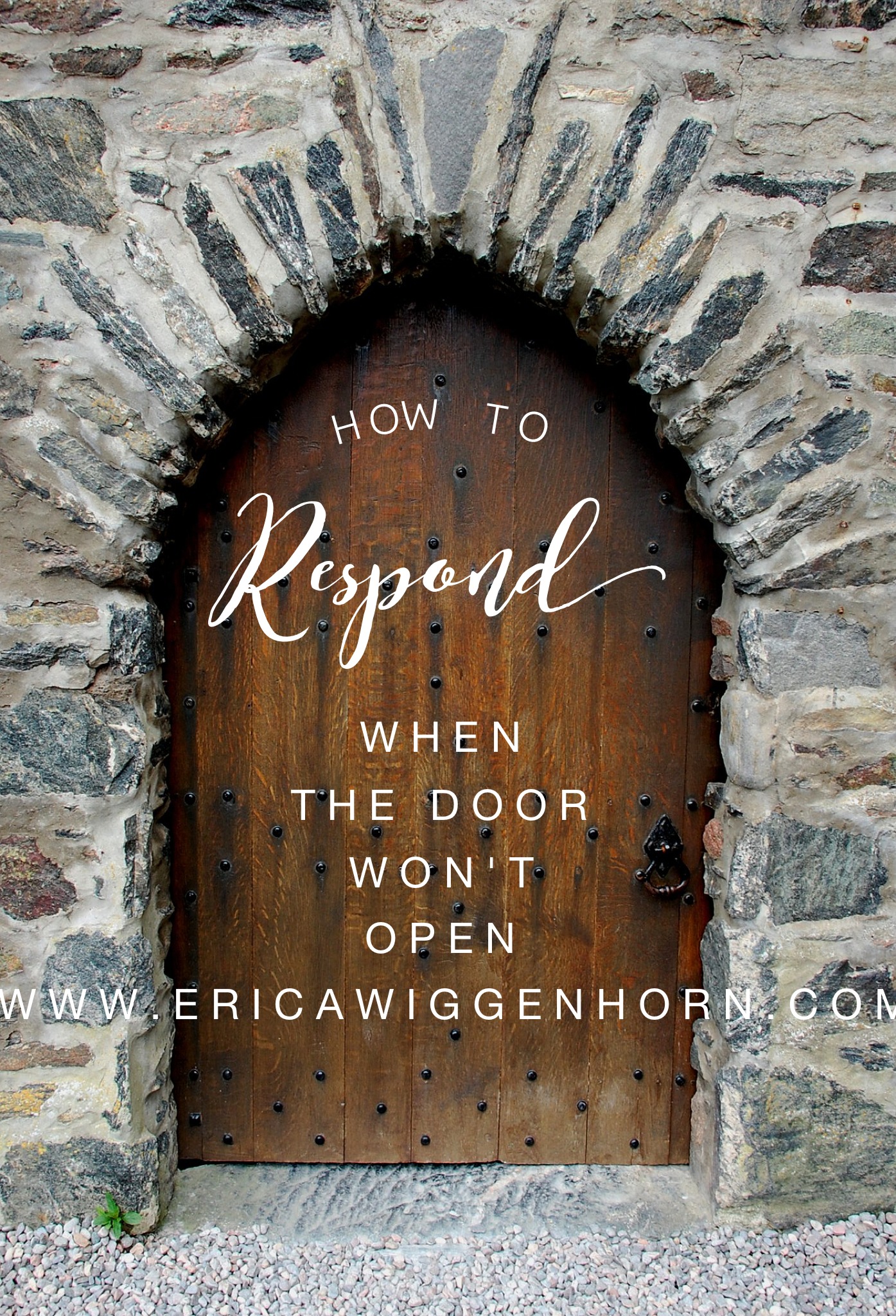 Sometimes, no matter how hard we try, the door just won’t open. Closed doors do not always signify a work of opposition against us. Sometimes they are the divine guidance of a loving Father.

The story of The Unexplainable Church tells us God opens and closes doors with great purpose. Paul needed a big lesson in grace before he went any further in his missionary exploits. He understood grace for Gentile men, but could he accept it for women, slaves and his Roman enemy too? Would he willingly offer them the free gift of grace?

Paul and Barnabas- the dynamic duo at Antioch who were commissioned as the first official missionaries of this thriving Gentile church- separated after an emotional dispute. Barnabas returned to Cyprus. Paul took Silas and returned to Lystra and Derbe. From there, Paul hit roadblock after roadblock.

Interestingly, Luke makes it clear in his account in Acts that God prevented Paul from venturing into new territory. He cites the Holy Spirit specifically. He wants the reader to know that the closed doors represented God’s guidance rather than opposition from forces of darkness.

Finally the Holy Spirit directed them to Macedonia. Paul immediately obeyed. Arriving at Philippi, Paul did not encounter an opportunity to share the gospel, however. No synagogue in sight, Paul and Silas headed down to the river to hopefully find some Jewish men gathered nearby. (Ceremonial washing served as a regular part of Jewish worship, so if there wasn’t a local synagogue, Jews gathered near a natural water source.) It took three weeks before they encountered a group of women.

Paul’s first convert was a Gentile woman named Lydia, a worshipper of Yahweh. His second convert was presumably a demon possessed slave girl whom he set free in the name of Jesus. His third convert was a Roman jailer- also a Gentile. Why did God open these doors first for Paul?

These three people represented the last three people Paul would ever have chosen to associate with as a Jewish Pharisee. Gentiles, women and slaves- the lowest of the low in a Pharisee’s eyes. Yet God did not bless Paul’s missionary endeavors until Paul offered grace to these people he had always been taught to look down upon..

I wonder…if Paul experienced tremendous success in his missionary endeavors prior to this little trio at Philippi, would he have obeyed God? Upon finding no synagogue in Philippi would he have just quickly moved on? Could it be that God closed other doors for Paul to take the gospel until he took it here first? So he could fully understand how God intended His grace to be a free gift to everyone? Every. One.

How To Respond To Your Closed Doors

If you are facing a closed door, ask God what He may be trying to teach you. This lesson in Paul’s life changed him forever. He beheld the grace of God in all of its beauty and was forever changed. Is there something God is trying to show you about Himself? Yourself?

Instead of becoming angry by the closed door, continue to seek God. Paul didn’t stop traveling. He kept moving forward until God made it clear to go to Macedonia. When Paul went the wrong direction, God faithfully redirected him. A closed door doesn’t mean we sit and do nothing until the door opens. We turn to the right and keep walking. If we were supposed to turn left, God will let us know!

Then, at just the right time the knob creaks. When the revelation occurs- the discovery made- the lesson learned, the door swings open and we embark upon the grand adventure God had planned all along.

When have you experienced a closed door in your life and what did you learn from it?

When did God clearly open a door for you and what did He have waiting on the other side?